In fact, change can sometimes feel downright terrible. Even if change feels frustrating, scary, or pointless, transformation can often lead to growth and opportunity for any person willing to accept it. But why would someone buy in to corporate transition amidst the chaos that comes with it?

In the first two parts of this three-part series, I discussed how science shows that to successfully navigate change, employees need to stay engaged in the workplace. The employees that report staying engaged during corporate change not only feel more positively about the change, they are also more likely to keep their jobs, or even be promoted. I covered the research from my book The Successful Struggle that suggests that to stay engaged, you should connect with a purpose and with people.

In addition to the two listed above, there is a third thing you can connect with during corporate evolution that might be the most exciting of all: Power.

You might recall David, from the previous blog post referenced above. David lost his passion for his job when the nonprofit he was employed at started going in a different direction. During a conversation with David, he revealed to me that the changes at his workplace made him realize he missed his old job in the field, working one-on-one with clients.

Although his current position doesn’t require it, David found time in his schedule to enjoy some client interaction. After several weeks of seeing the impact he was having working face-to-face with his clients, David regained his love for his job. He went back to doing the things he originally enjoyed when he started working for the organization, discovering that helping people made him feel competent, useful, and successful again.

David’s story of rediscovery should come as little surprise. After all, change can be disempowering. Prior to any alterations of their role, employees tend to know how to get their jobs done effectively and expediently. They understand the goals they are expected to accomplish, and the measurements used to judge their success in meeting them. When faced with the prospect of a major change in their job function, employees might not have the same familiarity of what is expected of them. How can they be successful if they don’t even know how to be successful in this new environment? With all this confusion, it’s no surprise that certain employees might feel powerless. However, there is a way to regain power.

If corporate change has you feeling powerless, it’s critical to regain your self-efficacy and subsequently, your feelings of power. To reclaim your personal power again, try these two strategies:

Change doesn’t have to be disempowering. In fact, feeling powerful during change is as effective as actually having power. It’s all about how you frame your mindset. Build up your self-efficacy and remember that you have the capability to steer corporate change in your favor. In that case, maybe change will do you good!

To learn more, start from the beginning and read the first part of this blog series: first. 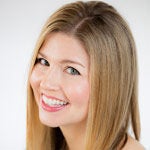 Courtney Clark speaks to organizations who want to adapt faster and achieve more by building a culture of Accelerated Resilience. She is the author of two books “The Giving Prescription,” and "The Successful Struggle," a three-time cancer survivor, brain aneurysm survivor, keynote speaker, and founder of a nonprofit. Learn more about Courtney by visiting her website.