How to Strengthen Your Manager’s Leadership Practices

You know it, and I know it: The key to improving employee engagement and culture is through strengthening management’s leadership practices and capabilities. Being good at management isn’t enough. Today, more than ever, managers need to practice great leadership to manage change effectively and to seriously help others grow. Doing so results in higher employee engagement and motivation, and higher engagement ultimately improves productivity and the overall health of the organization.

Why you need great leadership

If you ever need to convince others about the need to motivate and engage managers, just show them a copy of Gallup’s State of the American Manager. After years of studying data from millions of managers and employees from just under 200 countries, Gallup reports some insightful data including these highlights from their 2017 report:

How to strengthen management’s leadership practices

Have you ever worked at an organization where HR distributes copies of leadership books and articles to managers? This happened a lot when I worked at Lowe’s. At Ceridian, my VP gave all her managers a copy of Patrick Lencioni’s The Five Dysfunctions of a Team. When I was at Lowe’s, our leadership development team would bring in nationally known speakers such as Ken Blanchard and Liz Wiseman. While giving managers books and bringing in speakers is helpful for raising awareness about leadership, more needs to be done to help managers shift from knowing to practicing leadership.

In my book, Nine Practices of 21st Century Leadership, I share what I call the 21st Century Leadership Development Roadmap. The roadmap has four stages. At Stage Two, many managers realize that the old ways of managing are ineffective at engaging and building team culture, but managers fall short of putting leadership into practice. Something blocks them from reaching the third stage.

Leadership is a skill

To move to the Roadmap’s third stage, managers need to develop leadership the same as with any skill. Here’s what I mean:

Imagine that Player A and Player B want to get better at racquetball. They tried this by spending a week practicing for five-hours per day. During that week, they played against better opponents, and at night, they read articles about how they could improve their game.

Here’s one difference: Player A had a coach. Periodically during that week, the coach stopped the game, gave feedback, showed ways to improve form, and then gave more feedback. After a week, guess who improved more? Player A did.

In The Servant, James Hunter explains that leadership needs to be developed through practice, feedback, and follow-up. When managers just read books or attend leadership talks, their effort isn’t enough. He writes:

To get managers to adopt leadership practices sincerely, Hunter recommends a three-phased approach: Foundation, Feedback, and Friction. Foundation is acquiring leadership knowledge. This helps managers advance to the Roadmap’s Stage Two. To advance further, you need feedback and friction.

Without feedback, you’re left in the dark

If you’ve ever administered 360-feedback reviews, you know that managers can act surprised by the feedback’s revelations about their behavior. Sometimes these discoveries hurt and aren’t easy to receive. But without knowing their blind spots, managers won’t know what or how to improve.

In Marshall Goldsmith’s book, What Got You Here Won’t Get You There, feedback is how he learns what his clients should focus on. He writes:

“I wish I had the power to snap my fingers and make these people immediately see the need to change…But I can’t and I don’t. Instead, I show these people what their colleagues at work really think of them. It’s called feedback. It’s the only tool I need to show people, “You Are Here.” (p. 8) – Marshall Goldsmith

From feedback, managers might identify several things to improve, and if they’re Type A people, they may want to attempt to resolve all behavioral issues at once. While admirable, that’s not good. If you’re administering the feedback, help managers focus on one or two behaviors that can have the most impact.

Getting managers to accept their feedback is one thing, but it’s another to get them to act upon the feedback effectively. Fortunately, you can guide managers by using a structure that Hunter and Goldsmith advocate. Here are the high-level steps for what you should guide managers to do:

Call to action: guide managers through feedback and friction

It’s easy to read books and attend leadership talks, but It’s not easy for managers to receive critical feedback. It’s even harder getting them to commit to the friction phase and doing the steps, especially the follow-up. In Triggers, Goldsmith writes, “People don’t get better without follow-up. So let’s get better at following up with our people.”

Guiding your managers through this process will change the dynamics and health of their teams. Fixing key behaviors could have a chain reaction to improve other behaviors, and managers modeling the drive to change will have a cascading affect upon their people. When managers get better at leadership practices, everyone on the team gets better and healthier!

In addition to the Foundation/Follow-up/Friction approach, you might want to try Goldsmith’s feedforward process. His free article, Try Feedforward Instead of Feedback, is worth reading and introducing to your managers. Managers who read this will learn a positive way to change future behavior without dwelling on the past.

There are other ways to help managers, especially those in middle management. For several insights and tips, check out the eBook The Secret Weapon to Driving Employee Success. 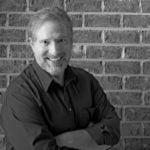 Gary DePaul is the owner of HR Leadership Curators (HRLC). HRLC serves the Charlotte area with workshops and seminars to strengthen how HR and talent development professionals contribute to the lines of business and to business goals. Workshops are small group (15-20) that focus on evidence-based techniques, tools, and templates. Gary is the author of Nine Practices of 21st Century Leadership and The Most Effective and Responsible Clinical Training Techniques in Medicine. He speaks about leadership at organizational events, conferences, association chapter meetings, and chambers of commerce events.