Does anyone truly look forward to their annual performance review?  Leaders don’t enjoy preparing them and employees dread attending them.  According to HR analyst and industry thought leader Josh Bersin, “More than 70% of all organizations dislike the process they have, and I have yet to talk with an employee or manager who likes it at all (one client calls it a ‘soul-crushing' exercise)." That’s why many leading organizations such as Accenture, Adobe, Gap, GE, Goldman Sachs and Microsoft all recently announced that they are remodeling this "soul-crushing exercise” and moving to something altogether new.

The most important adjustments to the classic performance review cycle are an increasing emphasis on constant feedback and a concerted effort to frame constructive feedback in more human terms.  According to a SHRM article by Dana Wilkie, “Among the changes: eliminating all numeric scales; doing away with “forced” or “stacked” rankings that create competition among employees; and replacing the once-a-year appraisal with ongoing feedback on a worker’s performance throughout the year.” This philosophical shift in the way criticism is dispensed wasn’t conjured up out of thin air. There is a practical reason behind the need for immediate feedback (and praise). As stated in an article in the March 2017 issue of Fortune magazine, “One big reason for the shift: Today’s companies now change strategy so often that annual performance reviews can be moot by the time they’ve completed them.”

Although many companies are moving away from the annual performance review, there will always be a need for direct reports to measure how they are succeeding and growing in their current roles. To ensure success, employers must set clear performance expectations while providing feedback and encouragement. In fact, research shows that team members desire to feel valued, heard and even “loved.”

According to a Gallup article by Jim Harter and Amy Adkins “Managers account for up to 70% of variance in engagement and consistent communication is connected to higher engagement.” But given that no two people communicate alike, it should not be surprising that less than 1/3 of Americans are fully engaged in their work.

The real challenge is that most managers think they are great communicators, when in fact, most are not. This has helped create a notable communication gap between leaders and direct reports, leading to confusion and disengagement.

Dr. JP Pawliw- Fry of the Institute for Health and Human Potential explains this gap as, “A distinct pattern we see over and over again in the leadership development training programs we run: when leaders face a difficult conversation, a feedback conversation or a performance review, most cover 85, 90 or 92% of the content of what they want to say in the conversation, but a funny thing happens when they get to the more difficult part, what we call the Last 8%. When they hit this part of the conversation – where there are consequences to what they are saying – they start to notice that the other person is becoming more anxious and (because emotions are infectious) they themselves become more anxious.”

This research goes on to explain that when the employee being coached starts to feel nervous and becomes defensive, their leader reflects those feelings, and starts to doubt their own intuition regarding the employee participating in the performance review. This is typically the moment the leader hesitates when offering uninhibited feedback. While seemingly innocuous, the real problem is that the leader might believe they have offered genuine feedback when really, they probably failed to address the issues most critical to both the employee and company alike. The failure to explain the Last 8% leaves the other person unclear on expectations. It’s not surprising then that the employee makes the same mistake several months later, with the leader becoming more disappointed and frustrated.

If managers and leaders are fearful when addressing critical business issues with their direct reports, how can we facilitate a complete constructive feedback conversation, including the Last 8%? From a brain science perspective and utilizing emotional intelligence – EI– we can learn to communicate in a way that doesn’t stimulate the “fight or flight” response typical of defensive behavior.

The first step in effective communication is listening to the other person and validating his or her feelings, because they are valid, even if they are not obvious. This level of empathy is an absolute necessity if the other person is going to be open to receiving your constructive feedback. If you start giving feedback before they are ready, their response will likely be defensive, making them unwilling to receive it. When a person’s fight or flight mechanism is activated, research shows that there are real physiological effects. Perhaps they might not hear you because their heart rate is increasing and oxygen is flowing to larger muscles, away from the thinking brain.

When a person is confronted with criticism in a performance review, it can cause an automatic negative response. “This neural response is the same type of “brain hijack” that occurs when there is an imminent physical threat like a confrontation with a wild animal. It primes people for rapid reaction and aggressive movement. But it is ill-suited for the kind of thoughtful, reflective conversation that allows people to learn from a performance review. According to an article in Strategy + Business magazine titled “Kill Your Performance Rating” by David Rock, Josh Davis, and Beth Jones

Thankfully, there is an excellent constructive communication tool that can help us all avoid the automatic “fight or flight” response. It is called the Voice, Value, Feedback (VVF) Tool, and it provides a framework for a complete, courageous, feedback conversation that even includes the Last 8%.

Currently, I am coaching several leaders who have incorporated the Voice, Value, Feedback communication tool into their culture, and the benefits are real. It is critical that leaders are fearlessly proactive in the difficult conversations that are required in order to keep their direct reports engaged and at their most productive. Most importantly, as leaders, we need to ask ourselves, “Are we really having the Last 8% of that constructive feedback conversation?”

And if you’d like to learn more about measuring employee engagement, the How’s and the Why’s, download the eBook, Employee Engagement: Four Places to Start Measuring What Matters. 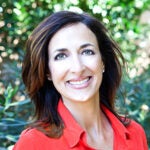 Bobi Seredich is a recognized speaker, author, trainer and successful entrepreneur specializing in leadership development. She has spent over 20 years of her career dedicated to creating, directing, writing and presenting leadership programs for top companies in the U.S. and around the world. Bobi is the co-founder of the Southwest Institute for Emotional Intelligence and Managing Partner of EQ Inspirations. In 2001, she founded Equanimity, Inc. also known as EQ Speakers – a speakers’ bureau and leadership training company. It fast became a top speaker bureau that booked hundreds of speakers with large Fortune 500 clients. EQ Speakers was sold in 2012 and continues to be a leader in the industry. In May 2020, SWIEI and Dynamic Experiential Learning (DeXL) are launching a new online emotional intelligence training program. This will transform and improve the way in which leadership training on emotional intelligence is delivered, learned, and applied. As a certified speaker and trainer in Emotional Intelligence -the new X factor in leadership and success - Bobi has trained several large and fast-growing organizations on the skills of emotional intelligence. SWIEI also offers new on-line training programs on their training website – www.swieitraining.com. Her book Courage Does Not Always Roar – Ordinary Women with Extraordinary Courage, was published by Simple Truths in the spring of 2010. The book is a collection of her experiences and stories of women who have had the courage to overcome very difficult life events. Her passion is to guide individuals and organizations to a higher performance level through her own business knowledge, inspirational stories and leadership emotional intelligence training. Bobi lives in Phoenix, AZ with her husband and 7-year old twins, Alex and Gia.