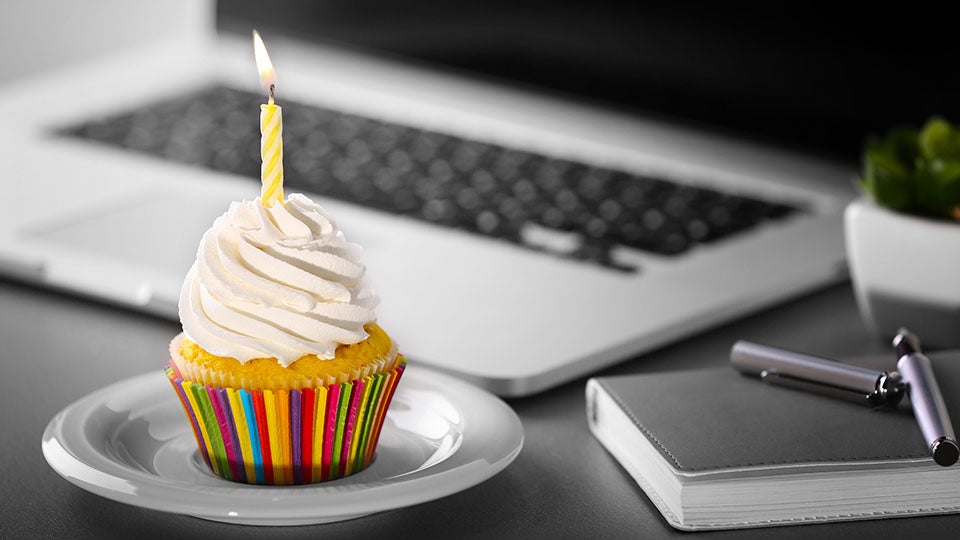 Work anniversaries mean something to everyone. They’re an opportunity to celebrate an employee’s accomplishments and contributions while strengthening the relationships between team members. And it all starts with a heartfelt message of congratulations for a happy work anniversary.

While there’s much more to an anniversary celebration than a quick message — like a meaningful gift and a public ceremony — the right words can mean a big difference. Will your co-worker’s anniversary be a joyful milestone you remember for years to come, or one that causes them to wonder whether anyone at their company really appreciates them? Help make it the former with inspiration from the many great ways to say “happy anniversary”.

It’s hard to believe that it’s already been a year since you came on board! I’ve really enjoyed getting to know you and see you excel in your role. From onboarding, to tackling your first project, to contributing in team meetings, it’s been a great start to your journey here, and I’m truly excited to see what the future holds.

An employee’s first work anniversary sets the tone for everything to come. Will it be a memorable occasion, celebrating every step of their journey so far? Or will it be a brief mention in a team meeting, quickly brushed over? Do your part by sending a personalized message that notes the growth they’ve shown and what they’ve brought to the company. As the first work anniversary is also the most future-focused, so be sure to note your excitement for all the milestones to come.

Our organization has benefited from your incredible dedication and expertise every one of the last five years. You’re an example to all of us with your commitment to professional growth, contagious good humor, and willingness to listen. Thank you so much for everything you’ve done, and I’m looking forward to working with you for years to come!

Five years might not seem like an incredibly long stretch to spend at an organization, but it’s a real accomplishment, especially today, when it seems like employees are switching jobs more than ever. Highlight some of your team member’s positive qualities when this notable anniversary comes around, noting how they’ve impacted your company for the better.

Happy work anniversary, Michelle! I’m so grateful you’ve made [organization name] your work home over the last 10 years. I knew when I saw you present during our first client meeting together that you were something special. You’re a dedicated, talented coworker, and we’re lucky to have you. I’m looking forward to the ceremony later today, and we should grab lunch at your favorite place whenever you have the time — my treat!

A 10-year work anniversary might be the most important — or at least the most thought-about — professional milestone of all. A quick “happy anniversary” won’t cut it here. Hopefully, your organization is moving ahead with a celebration and reward that suits the occasion. In addition to sending a meaningful anniversary message like this one, go above and beyond by offering to take your coworker out for a bite, sending them a gift card, or giving them an extra helping of reward points.

Congratulations! A 30-year anniversary is something most people can only dream about, but you made it happen. Not only that, you’ve been a huge reason behind the organization’s success since you started, and you still take the time to help out new team members. We can’t thank you enough, and we truly treasure each and every day you remain with us!

Multi-decade work anniversaries are a real rarity, and it’s hard for most people to really understand what reaching one feels like. It signals exceptional commitment to an organization and what it stands for, and it also indicates that — for most — the majority of their career is behind them. An anniversary message should then touch on the dedication the employee has shown across all their years of service, while noting that you realize how valuable the time they’ve chosen to spend with your company is. And more than perhaps any other anniversary listed here, it calls for company-wide recognition of this once-in-a-lifetime milestone.

It’s been another great year, Alyssa! A great manager means everything, so let me take this anniversary as an opportunity to tell you that I don’t take your amazing coaching, support, and guidance for granted. You always set me and the team up for success. Please keep doing what you’re doing, and know we all appreciate it.

Managers make a huge difference in the quality of employee experience for their direct reports. When you’ve got a supportive, thoughtful manager in your corner, you don’t want to let any opportunity for recognition slip — especially one as important as a work anniversary. Call out the traits you really appreciate so your manager remains motivated to coach and guide your team for another year.

6. Saying thanks on a team member’s anniversary

Happy anniversary, Val! We’ve worked together for six years now, and I can safely say that there’s no one who I’d rather have at my (virtual) side! You’re everything anyone could ask for in a teammate — hardworking, welcoming, and always open to new ideas. Our collaboration is one of the things that I enjoy most about working here. Cheers to reaching another milestone!

Next, there’s the work anniversaries of those you’re likely to build the closest relationships with on the job — the other members of your team. They’ll notice if you let the occasion slip by, undermining the trust you’ve both worked so hard to develop. Keep the good vibes and great camaraderie going with a heartfelt congratulations and a few words of thanks.

We started just a few weeks apart, and now we’ve both been here two years! Happy anniversary, my friend, and thank you for always acting as the perfect sounding board no matter what project I was working on. Can’t imagine this place without you!

You won’t be aware of every co-worker’s anniversary. But be sure to reach out when you do, whether it’s because you started around the same time or you caught wind of it through an announcement or message on your employment recognition platform. After all, what better opportunity to maintain or renew a connection than an anniversary? Even a brief message will remind your peer that you care and that you’re all in this together.

It’s been another great year, Catherine! You’ve again been so important to our group’s success — we never would have been able to keep [client name] without your exceptional data analysis. And there’s no one I’d rather have on my team going forward. Happy anniversary!

Giving a direct report a shout out on their work anniversary is a must. If you can’t be bothered to remember the most important day of the work calendar for them, why should they believe you have any investment in their professional growth or success? Be specific regarding their successes and what they bring to your team, so they know you’ve noticed all their hard work over the past year.

These past few years have come with more than their share of challenges, but you guided our company through them without missing a beat. Our business is stronger than ever before, and it wouldn’t have been possible if we didn’t have you to inspire us. I hope you have the amazing anniversary you deserve!

Managers aren’t the only leaders who deserve a genuine anniversary message. The people leaders across your company, from HR professionals to executives, serve as examples and set the tone on culture, business practices, and more. Wish them a happy anniversary and acknowledge the key role they play in keeping your organization successful and a great place to work.

10. A happy work anniversary for a recognition champion

There’s no one who deserves a hearty congratulations on their anniversary more than you, Nathan! You never fail to give a shout out to a team member who excels in big or small ways. Spend your reward points on something fun — you’ve more than earned it!

If you’ve got someone at your company who excels in providing recognition year-round, return the favor manyfold when their work anniversary rolls around. If your organization has implemented a points-based employee rewards system, you should also send some redeemable points their way, as they’ve doubtless sent plenty to others over the course of the year. Highlighting the way they show frequent appreciation also makes it more likely fellow employees will take note and follow suit, contributing to a culture of recognition.

11. Appreciating great feedback on an anniversary

I can’t say enough about how valuable your feedback this year has been, Claire. Your insights have helped us reshape our processes and culture for the better. Please keep exercising your voice, and happy anniversary!

If there’s an employee who always has meaningful input to share, whether it’s regarding long-standing cultural issues or improvements to processes and deliverables, they deserve a special shout out on their anniversary. When employees feel comfortable exercising their voice and organizations show they’re really listening, engagement rises and companies know exactly what they have to do to improve. Remember, though, that private or anonymous feedback must stay confidential, so only send this type of message to team members who have provided input publicly.

If your anniversary is the only time of the year you receive recognition, you’re not likely to believe the congratulations you receive are genuine. And it probably won’t be long before you look for a workplace that will show a bit more appreciation for what you bring to the table. So while wishing employees a happy work anniversary is important, don’t make it an exception. Instead, turn recognition into a key part of the employee experience and a cultural pillar at your company with the right employee recognition and reward platform.

The Achievers Employee Experience Platform is dedicated to meet the needs of your changing workforce, starting with facilitating company-wide, frequent recognition. Using Achievers Recognize, everyone at your organization can send meaningful messages of appreciation using an intuitive, mobile-friendly platform. And it empowers employees to reward their colleagues without having to go through HR or any other department, leveraging a points-based reward system backed by a marketplace featuring products from over 2,500 global brands. Combined with the science-backed feedback collection and analysis capabilities of Achievers Listen, your organization will have everything it needs to create an amazing employee experience. 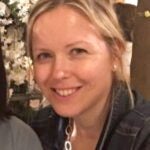