We judge ourselves based on our good intentions, and we judge others based on their actions. The holiday season is full of good intentions – but also many emotional pitfalls and opportunities to feel let down, put down, or shut down. We feel more pressure to be positive and present with family and friends, on top of accomplishing everything else on our normal end-of-year ‘To Do’ list.

So what gets in the way of us fulfilling our good intentions? Most of the time, it’s our emotions. According to research by Dr. Rachel Jack with Glasgow University there are four driving emotions that impact our ability to have the desired outcome we want. These four emotions are: fear, anger, happiness, and sadness. The challenge is that three out of four of these are negative. So how do we overcome negative emotions in order to achieve the positive outcome or results we desire?

In thinking about this question I was reminded of a client who was preparing for an important customer pitch. He had spent two weeks researching and putting together the best proposal possible with his team. But ten minutes before going into the meeting with his client, he received an email from his manager stating that one of his peers had been fired. He immediately wished he hadn’t read the email before his presentation because it caught him by surprise and left him with mixed emotions. He couldn’t understand why his peer was being let go and it led him to think negative thoughts: “Am I next?” “Why didn’t I see this coming?” “Should I be looking for another job?” Because of this negative emotional response he felt like he had been completely derailed.

But despite the shock he was in, he still had a presentation to give. When he walked into his client meeting he found he couldn’t focus – his energy was low and he couldn’t stop thinking about why his peer had been fired. Midway through the presentation he realized that his emotions were taking over his ability to deliver to the client. So much so that his other team members noticed something was off and began to wonder what had happened to him.

After the meeting was over, he felt the presentation had gone well enough, but was not as great as it could have. He wished he had the chance to re-do the presentation the way he envisioned. The meeting still went well and he was able to make the best of it, but his client and team members had no idea why he was distracted. They were judging him on his actions and how he was presenting himself in the moment – they didn’t know the emotional cause of his uncharacteristic performance.

This type of situation can, and does, happen to all of us. We are cruising along, focused on the day-to-day, when something unexpected happens that instantly derails us – whether it’s a co-worker saying something negative, or reading a difficult email. During these tough moments, it’s important that we bring ourselves back to present-moment thinking.

How do you bring yourself back to present-moment thinking? Start with asking yourself the following questions:

By asking yourself these questions calmly, you can slowly bring yourself back to present-moment thinking and overcome negative emotions.

The key Emotional Intelligence (EI) tool is to remember we are hardwired as human beings to feel before we think for our human survival, but this does not always serve us in our day-to-day living. Can you move away from the negative self-talk and feelings in order to achieve the results and have the impact you desire? Breathe. Ask yourself a few questions. And then get back to delivering on the good intentions you had set out to achieve that day. Most importantly, when you are interacting with friends and family this holiday season and you feel let down, remember to love human beings and not human doings. You can be pretty confident their intentions were worthy, it may just have been that their emotions got the better of them.

Want to learn more about EI? Check out our blog post How to Use Emotional Intelligence to Drive Employee Engagement. 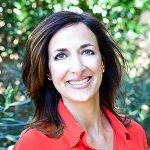