San Francisco and Toronto, November 6, 2012 – [Achievers], the leader in [employee recognition](https://www.achievers.com/solutions/employee-recognition) and rewards software, is honored to be named Company of the Year for Computer Software for the 2012 American Business Awards, the nation’s premier business awards competition. Additionally, Achievers was named a Top 10 Company in the nation. The Top 10 companies were determined based on the total number of American Business Awards won and the award’s respective ranking.

“Achievers’ many awards are a testament of the passion and engagement of our employees,” says Razor Suleman, founder and chairman of Achievers. “We’ve worked hard to create an environment that fuels employee success, and as a result, the company has experienced phenomenal business growth and success. That’s how we’ve built Achievers into the Company of the Year for Computer Software.”

More than 3,000 entries were submitted to The 2012 American Business Awards and more than 270 executives nationwide participated in judging to determine this year’s Gold, Silver and Bronze award winners.

For a complete list of The 2012 American Business Awards winners visit: www.StevieAwards.com/ABA. 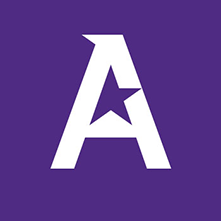