Onboarding sets the stage for an employee’s thoughts and feelings about an organization. In fact, many employees decide to leave an organization within the first 6 months (Maurer, 2015), making onboarding vital for retention. In addition, employees today are more mobile than before, so onboarding has become a common occurrence (Bauer, Bodner, Erdogan, Truxillo, & Tucker, 2007). According to Bauer et al. (2007), new hires want to reduce uncertainty when starting a new role. To do so, they seek out information and the knowledge they need for the role and about the organization by engaging in organizational socialization tactics, so they can shift from “outsider” to “insider” (Bauer et al., 2007). In Bauer’s et al.’s (2007) meta-analysis, three aspects: role clarity (understanding one’s role and responsibilities), self-efficacy (believing in oneself to complete tasks and goals), and social acceptance (being incorporated into the social fabric of the organization) were associated with seeking information and organizational socialization. Ensuring that employees have role clarity, self-efficacy, and social acceptance results in positive work outcomes such as increased performance, job satisfaction, commitment, and less turnover, due to a successful adjustment. So, how can we increase role clarity, self-efficacy and social acceptance to ensure an effective onboarding experience and subsequent positive on-the-job behaviours? 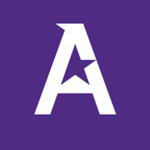 Kellie Wong is a Senior Content Marketing Manager at Achievers. She manages The Engage Blog, produces a wide range of marketing content, and focuses on SEO. In addition to being the final editor of all blog content for The Engage Blog, she also manages relationships with 45+ writing contributors. Connect with Kellie on LinkedIn.

Never miss the latest insights from the Achievers Workforce Institute.

The Workforce Institute is the research and insights arm of Achievers. It provides thought leadership based in science, data, and research and ensures our products and services are rooted in workforce science.

Achievers has always been and will always be committed to uncovering and decoding valid scientific data to drive engagement of people in the workplace.

Who is the Institute

The Workforce Institute is a group of individuals focused on bringing scientific process, academic standards, and a research-based approach together with the in-house expertise and behavioural data insights within Achievers.