What Employees Really Want from Their PTO Package

Paid Time Off (PTO) Is More Than a Privilege

Hard work and determination are as American as Jersey Shore reunions and bacon-topped desserts. And to make ends meet in our highly competitive, ultra-consumerist society, U.S. employees often find themselves putting in long hours, taking fewer lunch breaks, and even getting side-gigs to keep pace. Well, worth it or not, thou who burneth the candle at both ends burneth out entirely. That begs the question, is all the tenacity balanced with sufficient PTO and the ability to stay home when you’re sick? And what’s more, do workplaces feel the need to encourage those hours with cold, hard compensation?

Are 11 Days of PTO Too Many or Not Enough?

A new study by TSheets found employees are, for the most part, getting their hard-earned PTO, as 84 percent of employees said they receive PTO. On average, American workers receive 11 days of PTO per year, which includes both sick and vacation pay. That said, around 16 percent of the employees surveyed said they aren’t receiving any PTO this year, and 21 percent said they get somewhere between six and 10 days.

Be it work reflecting life or life reflecting work, employees who do have time off with compensation are still leaving precious PTO hours unused at the end of the year. In fact, the survey found that 65 percent didn’t use all of their PTO last year — five days, on average, were left unused.

There are reasons for the leftover PTO hours, of course. Some employees have hours that roll over into the next year, and some felt the pressure to work. Others simply didn’t take the time. When you look at respondents in certain age groups, those reasons became more varied.

Although younger people were more likely to have leftover PTO (61 percent of 18- to 25-year-olds versus 39 percent of the 45-and-up crowd), the reasons didn’t quite match up. Less than half (42 percent) of employees aged 55 and over said they didn’t take their PTO in full because of their workload, whereas only 18 percent of the younger employees gave the same reason.

As much as we’d like to believe our work-life balance is, well … balanced, most employees want to do a good job and put in a hard day’s work. That could be why the majority of the people surveyed (60 percent) gave work-related reasons for not using their PTO, and nearly a third of the respondents said they felt pressured to work instead. To make matters even more confusing for those of us who love a good vacation, almost half of employees admitted to working during vacation or on sick leave.

And what does pressure add to the mix? Well, stress, for one. Without that PTO, employees feel more stressed. Over half (58 percent) of employees who said they didn’t use all of their PTO said they’d describe their stress levels as “unhealthy.”

Since people occasionally need time to recalibrate and take care of personal items without thinking about work, time off isn’t just about vacation days. Nearly half of the employees who participated in the TSheets survey answered that they’d like to get more time off.

But when they were asked to choose between more PTO or a raise, 74 percent said they would take the money. Despite historically high levels of employment, more than 1 in 3 workers (39 percent) said they would accept a job without PTO.

In terms of the type of time off benefits employees desire, paid holidays tops this list, with 91 percent of employees ranking it as the No. 1 benefit. A close second (88 percent) value sick leave, and paid vacation came in third with 87 percent. Interestingly, fewer people said maternity and paternity leave are the most important benefits.

Choosing the Right Benefits of Employee Health and Well-Being

From what we’ve seen, it’s obvious that PTO is incredibly important for employees. And whether providing the 11-day average is a possibility, employers are responsible for determining whether PTO is a privilege or an integral piece of a compensation package that values an employee’s well-being, rest, and personal time.

So what’s in it for the employer? Happy employees, of course! Use holiday leave, sick leave, and vacation time as a recruiting tool and as a way to retain the best employees. As hardworking as our nation may be, technology has indeed made it easier to do our jobs and has given us the potential to arrange, plan, and track PTO when we need it.

Are you looking for new ways to incentivize the modern workforce? Get started with Achievers’ Incentives eBook. 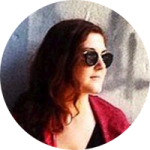 Kim Harris is a copywriter and blogger based in Boise, Idaho, who has been putting her journalism background to good use telling true stories and helping businesses grow since 2008. When she’s not writing for TSheets by QuickBooks, you’ll find her queuing up entertainment and plotting her next escape.