Appreciation in the Workplace: Why It Matters 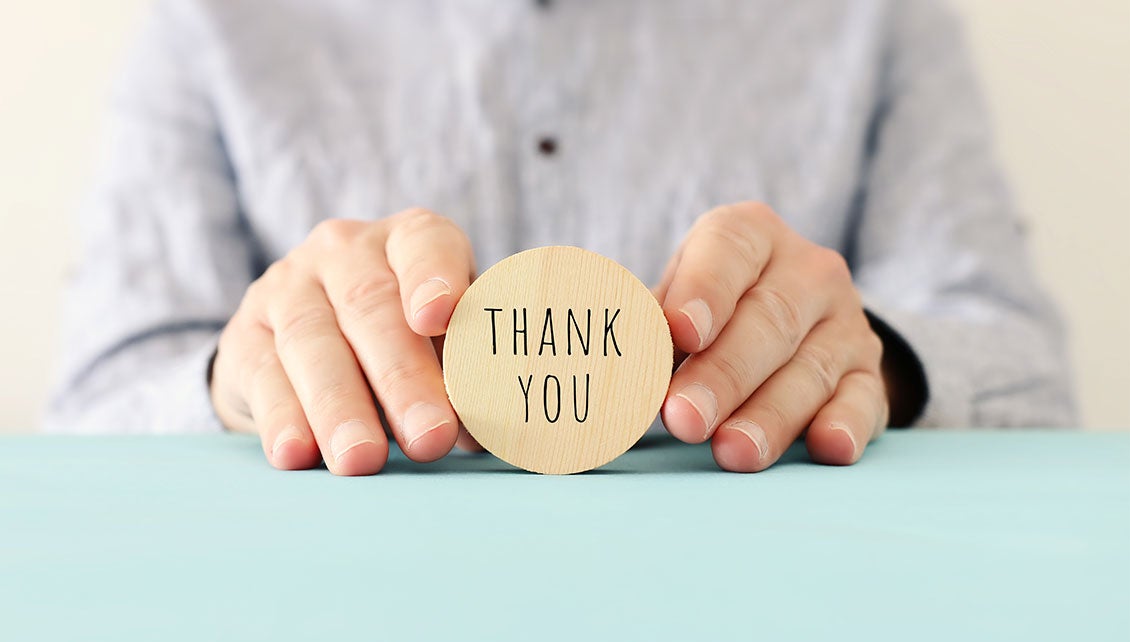 I’m lucky to have two beautiful daughters and since working nearly 15 years advocating for appreciation in the workplace, I’ve been implanting into their brains the importance of recognition and why you need to treat people the right way. A few years back, I was on vacation in Mauritius, a beautiful island with incredible hotels. We came to the end of our two weeks stay and my daughters, aged 8 and 10 at the time, wanted to write a personal thank you note to the workers of the children’s club that had entertained them for two weeks. I was happily surprised by this request (and quietly super proud) so just before checking out, we hand-delivered the note. 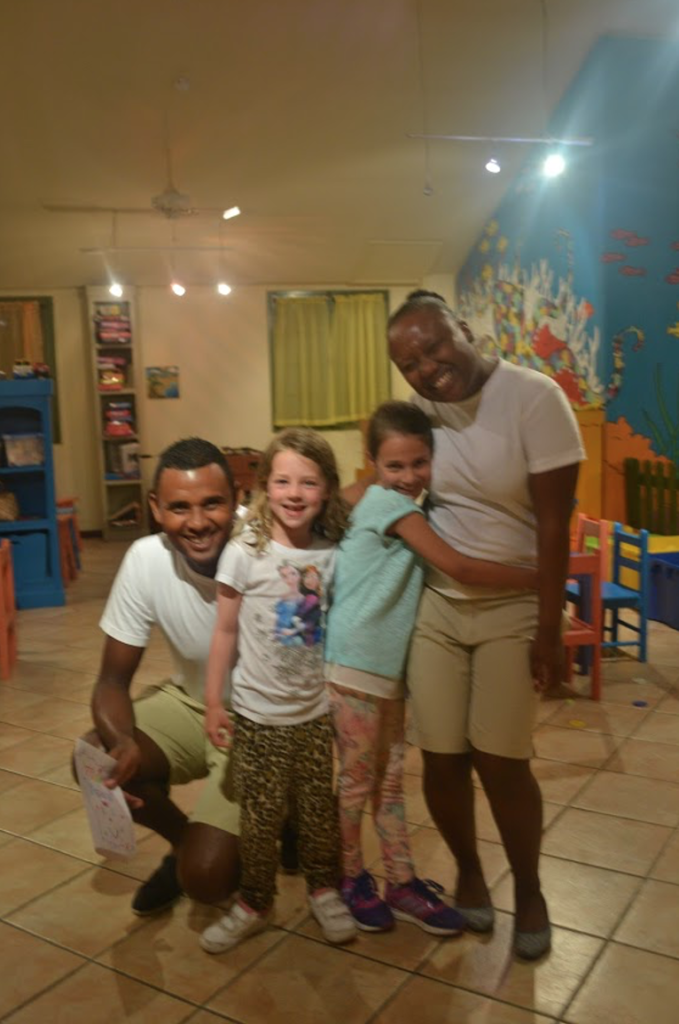 You will see from the picture above how happy the staff were to receive this. They explained to me (through some tears) that they had never received such appreciation in the workplace. Yes, guests would tip them with U.S. dollars, but nobody had ever taken the time to really thank them.

Appreciation starts at an early age

I’m sure we all raise our children to respect and appreciate others. Throughout a child’s education, noticing effort and rewarding results is something that is ingrained in them at an early age. One study that surveyed elementary teachers revealed all respondents used rewards like praise in the classroom. In addition, nearly 80% of teachers used tangible rewards on a weekly basis, like tokens to purchase prizes later. Other common rewards included class privileges, like choosing an activity or getting extra time for fun activities. If appreciation starts at an early age, then why does the practice suddenly stop when people become adults and enter the workplace?

The importance of appreciation in the workplace

A Cicero study found that well-recognized employees have more drive and determination, better work relationships, improved personal standing, and stronger connections to their company. In fact, employees who receive frequent appreciation in the workplace are much more likely to generate innovations and increased efficiency. In the study, employees report that recognition is more effective at increasing their engagement, performance, and innovation than an additional bonus of five percent of their salary.

This doesn’t sound like child play now does it? Today’s economic challenges require organizations to find new ways to not just reward top performing employees, but to motivate all workers to increase engagement and performance. Both must be done as cost-effectively as possible.

“The powerful motivator in our lives isn’t money; it’s the opportunity to learn, grow in responsibilities, contribute to others, and be recognized for achievements.” – Frederick Herzberg, Psychologist

Cheer for your teammates

Here at Achievers, we focus on the power of employee recognition. It’s the real reason we’re able to help major companies around the world (including Coborn’s and General Motors) change the way they work and create genuine cultures of appreciation in the workplace.

At this moment in time, sports teams are playing in empty stadiums around the world. The impact of having no fans in the stands is huge. Fans don’t just cheer the goal or touchdown; they notice efforts throughout the game: the great plays, tackles, passes, and kicks. This type of support drives the team forward and propels them to victory. In the world of soccer, fan support has been called the 12th man effect and coaches around the world will regularly mention the positive impact of it in media interviews. 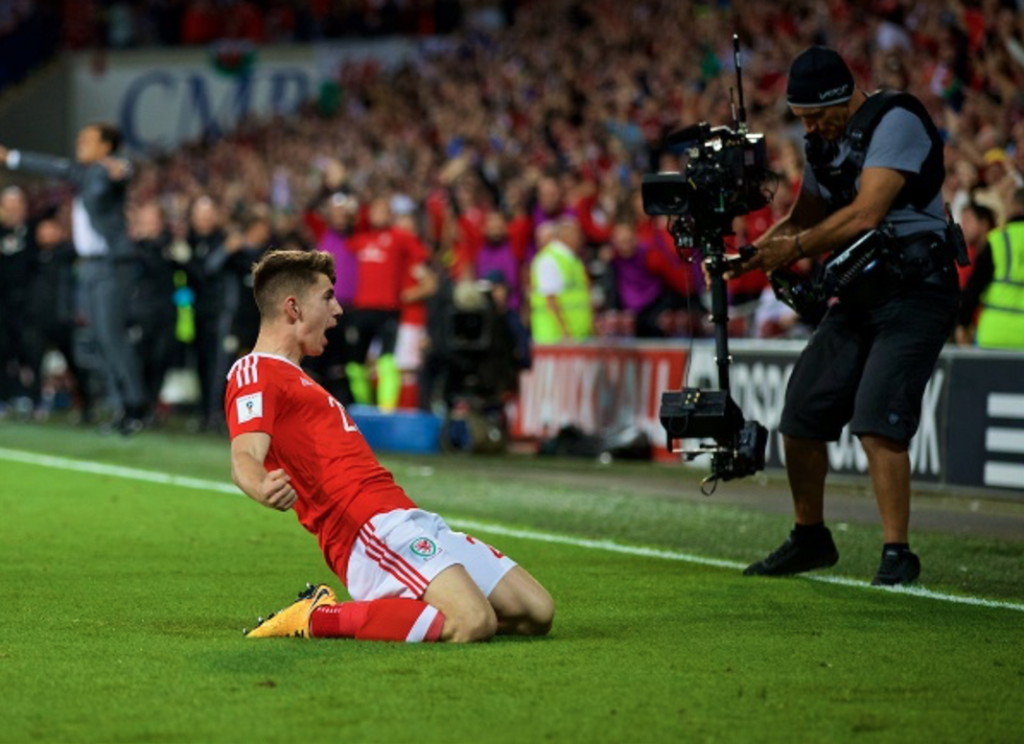 Fan support has a massive impact on team performance

A perfect example of this impact was seen for Wales (my football team) who were playing Austria in an important World Cup qualifier. The game was 0-0 with 16 minutes left and Wales brought on for his first ever game, a young substitute named Ben Woodburn. The crowd sensed that the players needed a lift and, for the first time ever in a game, fans collectively sang their national anthem. The red wall (as the supporters are known) belted the iconic song out and as it finished, something incredible happened: Ben scored an amazing goal and Wales went on to win. Would this have happened in an empty stadium? Probably not. The power of noticing effort, cheering for your teammates, and motivating your colleagues was seen in all its glory on this memorable night.

How to spread appreciation at work

The value of appreciation in the workplace is undeniable. Employees want it and employers will benefit from it. Here are some top tips to show appreciation to your colleagues today:

Most of us can spot insincere gestures a mile away. For appreciation to be real and more than an item on a checklist, it has be genuine and sincere. Show your sincerity by being specific when describing their behavior.

2. Look beyond your team

Appreciation means a lot no matter where it comes from. You can appreciate your direct reports, your peers, or even your leaders. Look beyond your immediate team and appreciate colleagues across departments and regions.

Organizations that give frequent employee recognition are 41% more likely to see increased retention and 34% more likely to see increased engagement. Practice frequent appreciation and make it part of your everyday routine. Find the great work that’s happening around you, because if you look hard enough, you will find it. Jim Harter, Gallup’s Chief Scientist states, “We can draw on our big accomplishments, but we reframe each day, every day.”

Keep appreciation in the workplace timely. When does the winning athlete receive an Olympic gold medal? Right after the race when sweat is still pouring down the face. Employee awards can be a great prize — just remember to give it in real-time and not 11 months after the fact.

Chester Elton, author of the best-selling book “Leading with Gratitude” says, “Recognition offers an opportunity to put the flesh of specificity on the bones of core values.” Recognition is the perfect vehicle to drive your core values and bring them to life across your organization. Make sure you’re recognizing the right behaviors and tying them to the bigger purpose of your organization.

It’s critical to spread appreciation in the workplace, build a supportive community, and recognize the great efforts that employees are putting in each and every day. Oprah Winfrey once said, “I’ve talked to nearly 30,000 people on this show and all 30,000 had one thing in common — they all wanted validation. They want to know, ‘Do you hear me? Do you see me? Does what I say mean anything to you?’”

When employees accomplish achievements, both small and big, they want to be valued for it. Validation reassures people that they can have positive feelings about themselves, which boosts their self-esteem. As we say here at Achievers, “what gets recognized, gets repeated.”

To learn more about how to spread appreciation in the workplace, download our free e-book.

Do you want to take a test drive of Achievers’ award-winning recognition platform? Schedule a demo today. 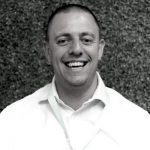 James Cotsen is a Strategic Account Executive at Achievers in the UK and a self-confessed recognition geek (!) who has been working in the engagement space for nearly 15 years, helping organizations around the World to create genuine cultures of appreciation. A proud Welshman, now living in London with his wife and two teenage daughters. When not preaching the power of appreciation, he can be found coaching his daughter’s soccer team or wildly hitting golf balls out on the course.