Congratulations, you’ve been promoted! Your hard work, enthusiasm, and initiative has finally paid off and you’ve been tasked with leading a team of your own. But how? Now that you find yourself standing in front of a sea of expectant faces, are you supposed to do that?

Transitioning into a first-time manager can be a very stressful experience and the importance of effective management has never been clearer. According to Gallup, the odds of an employee being engaged are a dismal 1 in 11 (9%), and when an organization’s leadership focuses on the strengths of its employees, the odds soar to almost 3 in 4 (73%). Now is the time to seize your new opportunity as a first-time manager and develop into a strong and influential leader for your team.

With that in mind, I’d like to offer up some handy tips for all you first-time managers to help you get off to the right start and put those leadership skills of yours to good use.

A word of warning about management styles

We all have bosses, managers, and influential people in our lives who we admire and strive to be like. Nobody forgets a great leader, so it’s only natural that we should want to imitate their style and adapt best practices for leading a team.

There’s nothing wrong with taking a step back and asking yourself, “What would my favorite manager do?” when you encounter a tricky situation. However, trying too hard to do things your management idol’s way will only limit your own potential in the long run.

Committing to a leadership style before you’ve begun to lead might be comforting, but it makes as much sense as deciding to dress for summer all year-round just because you’re a fan of warm weather—as well as looking spectacularly out of place most of the time, you’ll probably end up doing yourself more harm than good!

So by all means, be aware of the most common management styles in your industry, but don’t be too hasty to pigeonhole yourself. After all, you were hired for being you, not your ability to mimic someone else.

With that out of the way, let’s move on to those all-important management dos and don’ts.

Lay down the law

It can be tempting to try to exert your authority early on by adopting a tough, no-nonsense persona in the workplace.

By going out of your way to establish yourself as authoritative, however, you’ll inevitably end up overreacting at some point and respond to a situation inappropriately.

Come down too hard on your team and you’ll cause them to question your leadership abilities, not to mention make them reluctant to come to you in times of need. Keep calm, keep it real, and be yourself.

Shake things up too early

If this is your first management role, you’re probably nervous about leading a team and itching to show the people at the top that they backed the right horse when they chose you for the job. However, you should hold off on making any drastic changes to your department until you’ve been in your new position for at least a month.

It’s perfectly natural to want to make your mark on your team, and you’ll undoubtedly have targets to hit, but the people you’re managing already have one major new thing to get used to: you. Don’t complicate matters further by making any drastic changes until you have a solid understanding of what works and have earned your team’s trust.

Try to be everyone’s buddy

In some situations, employees get along well with their managers. Their personalities gel, and with so little friction in the workplace, they come to forget all about the boss-employee dynamic that exists beneath the surface.

Trying to be everybody’s buddy at the same time as overseeing their work can eventually run into problems and in some cases, be met with suspicion from your team, who’ll interpret your attempts to befriend them as insincere.

By all means, extend the hand of friendship to the people you work with, but don’t be surprised (or offended!) if they’re reluctant to take it right away. 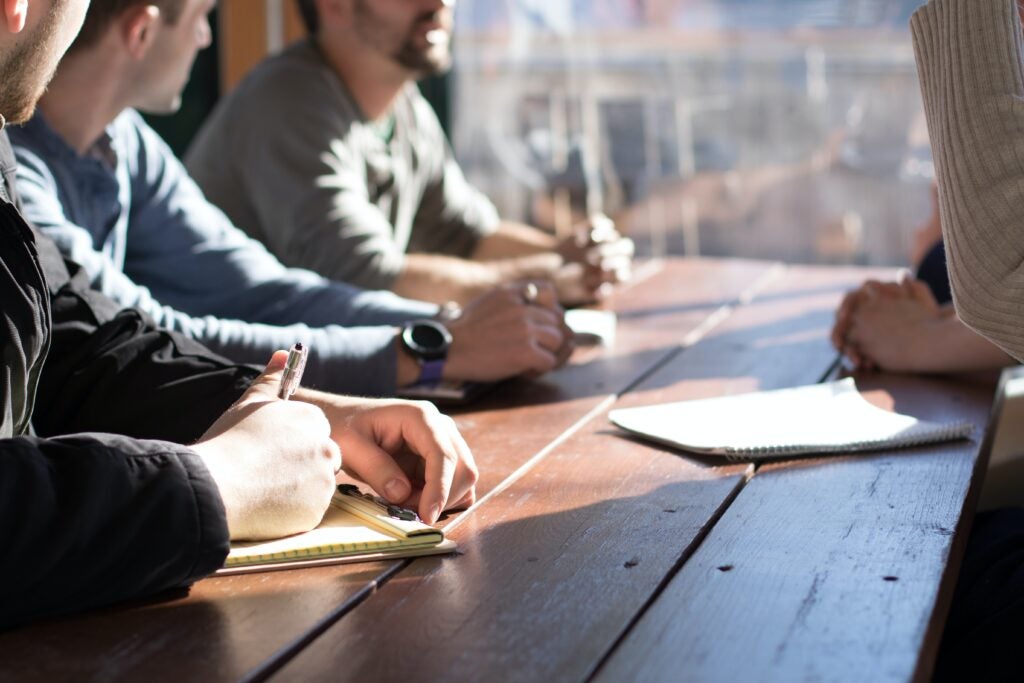 Be a control freak

Nobody likes working under a manager who over-delegates. On the flipside, though, you should be careful not to keep your staff on too short a rein.

When it comes to leading a team, a good manager knows how and when to delegate, trusting the members of their team to follow instructions and carry out work unsupervised. By trying to take on the bulk of the work yourself, you not only risk burnout, but your team will come to resent you and will start looking for more challenging positions elsewhere.

Besides, how will you ever know what your team are really capable of if you don’t give them the freedom to do their thing?

Take the credit for your team’s work

Be careful not to take the credit for the work that those on your team have done in your quest to show your skill as a new leader.

You might wish that you’d been the one who came up with that great new idea for a product or way to cut costs, but don’t forget that as a manager, you’re there to bring out the best in your people and for your ability to spot a good idea when it’s floated.

Embrace your role and celebrate your individual team members when they achieve something great—if you do, your team will embrace you in return as their manager.

Be the employee you want your employees to be

Nobody likes working for a boss with double standards. It’s no fun when your manager rolls into work late, misses their own deadlines and spends the morning chatting by the watercooler, only to berate anyone on their team who behaves similarly.

A team is only as good as its manager, and if you want your team to commit to their roles, then you need to be a living, breathing example for them to follow, every single day.

That means showing up on time, sticking to your own deadlines, keeping your promises, and resisting the temptation to take those extended lunch breaks under the guise of “business meetings”.

It’s not all about working hard though—your team will also be taking cues from you on how to strike a healthy work-life balance. Be sure to impress upon them the need to step away from their desks at lunchtime. Take regular breaks to refresh yourself during work hours. Book your vacation time well in advance and encourage them to do the same.

Get yourself a manager buddy

No matter how strong your team is, it’s only a matter of time before you find yourself having to handle a difficult or awkward situation in your new position as manager. Often, you’ll have to rely on your gut feeling, but it’s a good idea to reach out to a fellow manager so that you can ask their advice and share your experiences.

Your manager buddy needn’t be someone that you have contact with every day, but it’s helpful to have someone within your company that you can confide in and ask for guidance.

Don’t be afraid to ask for help—you might have been promoted based on your aptitude for leadership, but that doesn’t mean that you have to work everything out on your own 100 percent of the time.

Leading a team requires humility. “Fake it till you make it” might work in the world of show business, but as a new manager you should never be tempted to bluff your way through a tricky situation just to save face.

Your team will be watching you very closely during your first few weeks, trying to work out what kind of boss you’ll be and whether they can rely on you. There’s nothing wrong with feigning confidence if you’re nervous, but if your team catches on to the fact that you’re making things up just to avoid embarrassment, they’ll immediately lose faith in you.

It’s far better to show a little humility in your work and admit it when you need to go and check something before making a decision. Sure, your pride will take a hit, and you’ll look slightly less infallible, but being straight with your team will make you much more likeable, and your staff will appreciate your honesty.

Look for opportunities, not weaknesses

It can be tempting to prove your worth as a manager by immediately highlighting any obvious weak links within your team upon your arrival, but keep in mind that it’s your job to bring out the best in people, not point out their faults.

Try to think of yourself as a sports coach who has been brought in to train an existing squad. Every member of your team, having been recruited by your talent scout, is there for a reason. They’re up to the task. What you’re there for is to nurture their abilities and get them working as a unit.

Talk to them individually. Identify the areas where they can improve and look for ways that you can play to their strengths. Your end goal is to grow your team to the point that its members can one day go off and become managers themselves. Leading a team isn’t just about guiding your teammates, but growing them to the next stages of their careers.

There are few things worse than a manager who deflects responsibility onto their team when things go wrong.

Being promoted to the rank of leader might grant you additional perks and higher pay, but it also strengthens, rather than weakens, your connection to the team you’re managing. Therefore, when a member of your team drops the ball, you should consider it your fumble just as much as it is theirs—you don’t get to join the other managers on the sideline, shaking your head.

Take responsibility for your team’s missteps and show solidarity with your players—it’s the only way to win their full support and prove that your “we’re all in this together” mantra isn’t just corporate lip-service. 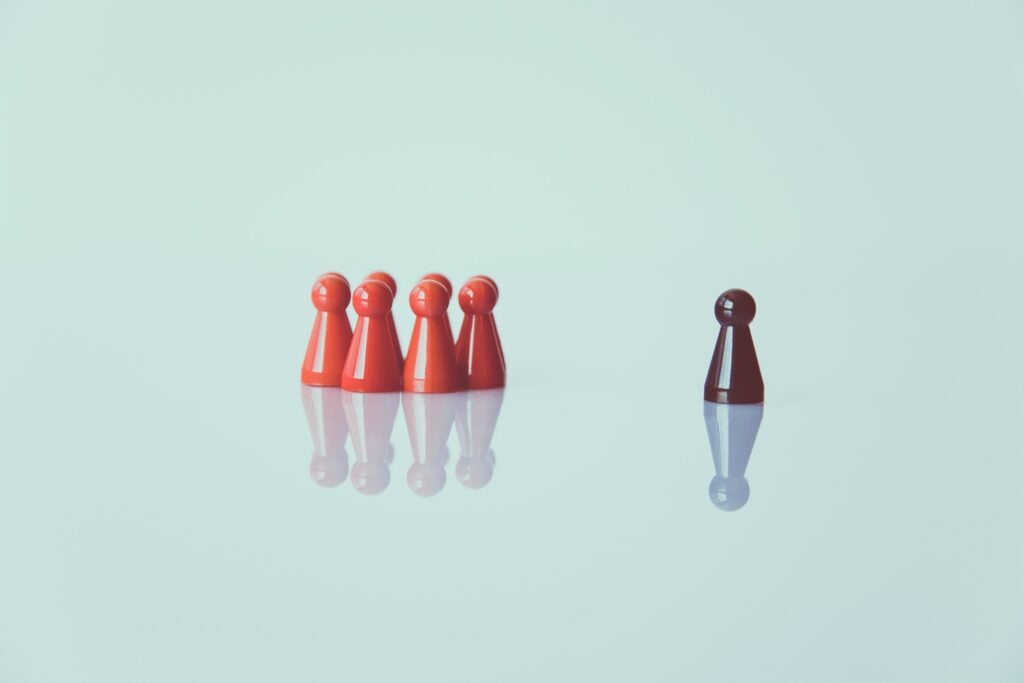 Leading a team can be an exciting opportunity

Being promoted to the rank of manager can be scary, but it’s also a hugely exciting time in anyone’s career. Instead of obsessing over the need to prove your worth, focus on getting on with the task at hand. People will judge you on how you conduct yourself, your willingness to succeed, your approach to leading a team, and the change you ultimately effect. What they won’t do is applaud you for adopting a realistic managerial persona and the amount of time you spent stressing about acting the part.

Now that I’ve wrapped up a quick guide for you on how to get started as a first-time manager, it’s time to embrace your new role. Good luck!

To learn more about how to be an effective leader, check out Achievers’ e-book, “The Secret Weapon to Driving Employee Success: Your Managers.”

Do you have any thoughts about this article? Share your comments below. 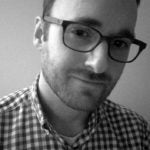 Philip Kendall is the digital marketing and social media executive at RotaCloud, a UK-based startup that provides cloud-based staff scheduling solutions for small and medium-sized businesses. A writer, blogger and lifelong tech nerd, Phil is never far away from a keyboard, and has worked as everything from a freelance food writer to managing a team of writers for a Tokyo-based news and entertainment site.